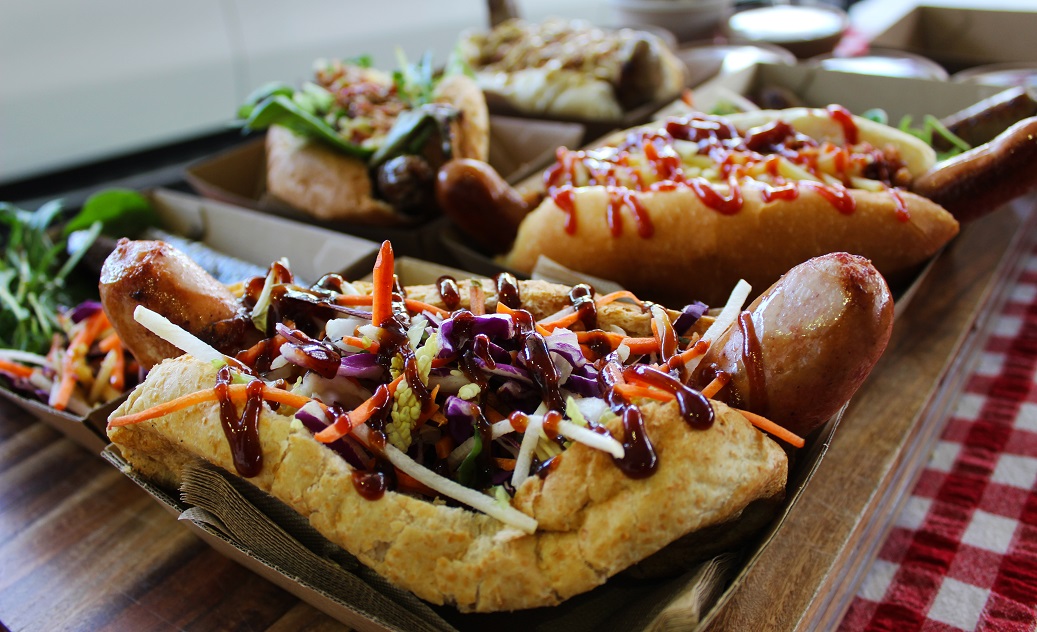 German Hot Dog catering is where it all started – for us (we`re German) – and as you can read below for Hot Dogs themselves.

Our delicious sausages (choice of Bratwurst, Cheese Kransky, and chicken Frankfurters – all free range) are handcrafted by our 3rd generation German Master butcher and free from gluten, preservatives, artificial flavors, and colors. 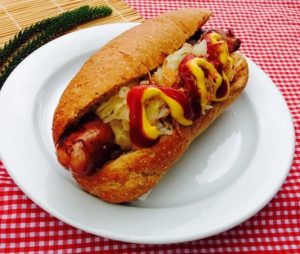 We offer a choice of freshly baked white as well as wholemeal rolls.

Then there is a great variety of sauces to choose from such as mustards (sweet German, American and hot English), BBQ-, tomato-, chilly- and our home-made secret Currywurst sauce.

You can combine our German Hot Dogs with some great side dishes, our German (beer) bar and additional services such as entertainment, decorations and hire equipment.

Read a bit about the German roots of Hot Dogs below:

Although Hot Dogs are widely associated with American culture, they do have German roots.

These sausages – Frankfurter Würstchen – were known since the 13th century.

Wieners originated in Vienna, Austria, whose German name is “Wien”, home to a sausage made of a mixture of pork and beef.

The origins of hot dogs can be traced back to around 1870 when  German immigrant Charles Feltman began selling sausages in rolls on Coney Island, New York.

The association between hot dogs and baseball began as early as 1893 with Chris von der Ahe, another German immigrant who owned not only the St. Louis Browns, but also an amusement park.